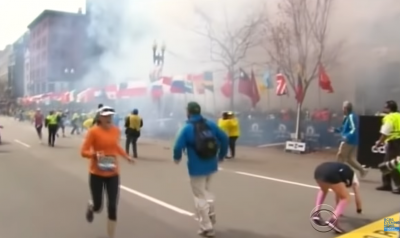 Disbanding a highly-trained team that was able to catch the two terrorist brothers responsible for the Boston Marathon bombing…What could possibly go wrong?

And here’s another question: Why won’t Biden say if he’ll execute the Boston Bomber ?

The highly trained SWAT team hailed for capturing the Boston Marathon bomber in 2013 is set to be disbanded, and the city’s former police commissioner expressed concern Tuesday about how it will affect counterterrorism.

“The thing I worry about is the special expertise that these officers have in the SWAT team,” Ed Davis told “Fox & Friends” on Tuesday. “They got set up a special training facility while I was the commissioner to do entries into subway cars, the ‘T’ as we call it here.”

“So they did have the ability and the knowledge of the underground systems that the other SWAT teams now are going to have to get up on to do the job properly so it does affect operations,” he continued….

Sullivan reported said that the SWAT team has not been used in several years and has been reduced to five or six officers.

The Transit Police’s SWAT team was integral in locating and arresting Dzhokhar Tsarnaev following the Boston Marathon bombings in 2013….