Trump Announces US To Designate Antifa As Terrorist Organization 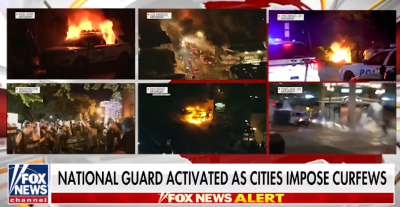 It’s about time. Considering what we’ve been dealing with for years from this terrorist group, this is extremely good news. He had considered it last year but nothing came of it. The organized violence over the last few days was clearly the tipping point.

President Trump announced Sunday that the U.S. government will designate the far-left group Antifa as a terrorist organization.

This comes as Trump has blamed Antifa for riots taking place across the country in response to the death of George Floyd, the unarmed black man who died May 25 while in police custody in Minneapolis, Minn., after an officer kneeled on his neck for more than 8 minutes in an incident caught on video…

A resolution to designate Antifa as a domestic terrorist organization was introduced in the Senate in 2019, stating that Antifa “represents opposition to the democratic ideals of peaceful assembly and free speech for all[.]”

The United States of America will be designating ANTIFA as a Terrorist Organization.